Coimbatore is a city located in the South Indian state of Tamil Nadu. With more than one million inhabitants, it is the second-largest city in Tamil Nadu. Coimbatore is often referred to as the 'Manchester' of South India as it is a major textile, industrial, commercial, educational, healthcare and manufacturing hub in Tamil Nadu, and one among the fastest growing tier-II cities in India.

With its vision to be an “inclusive, secure and effectively governed metropolis that offers the highest quality of living for its progressive and diverse populace”, the city has initiated several flagship projects under the ambit of water restoration and conservation, energy conservation, water supply, solid waste management, mobility, smart surveillance and social & infrastructure development.

Coimbatore city is collecting large arrays of datasets on key urban indicators under the ambit of several central and state urban missions and schemes. But the siloed nature of the available data acts as a roadblock in developing a cohesive narrative on the status of development of the cities.

The city framework has a list of 167 key performance indicators presented under two classifications - 17 SDG Goals and 9 core thematic areas. The framework is designed to serve as a core repository for capturing the city’s progress. 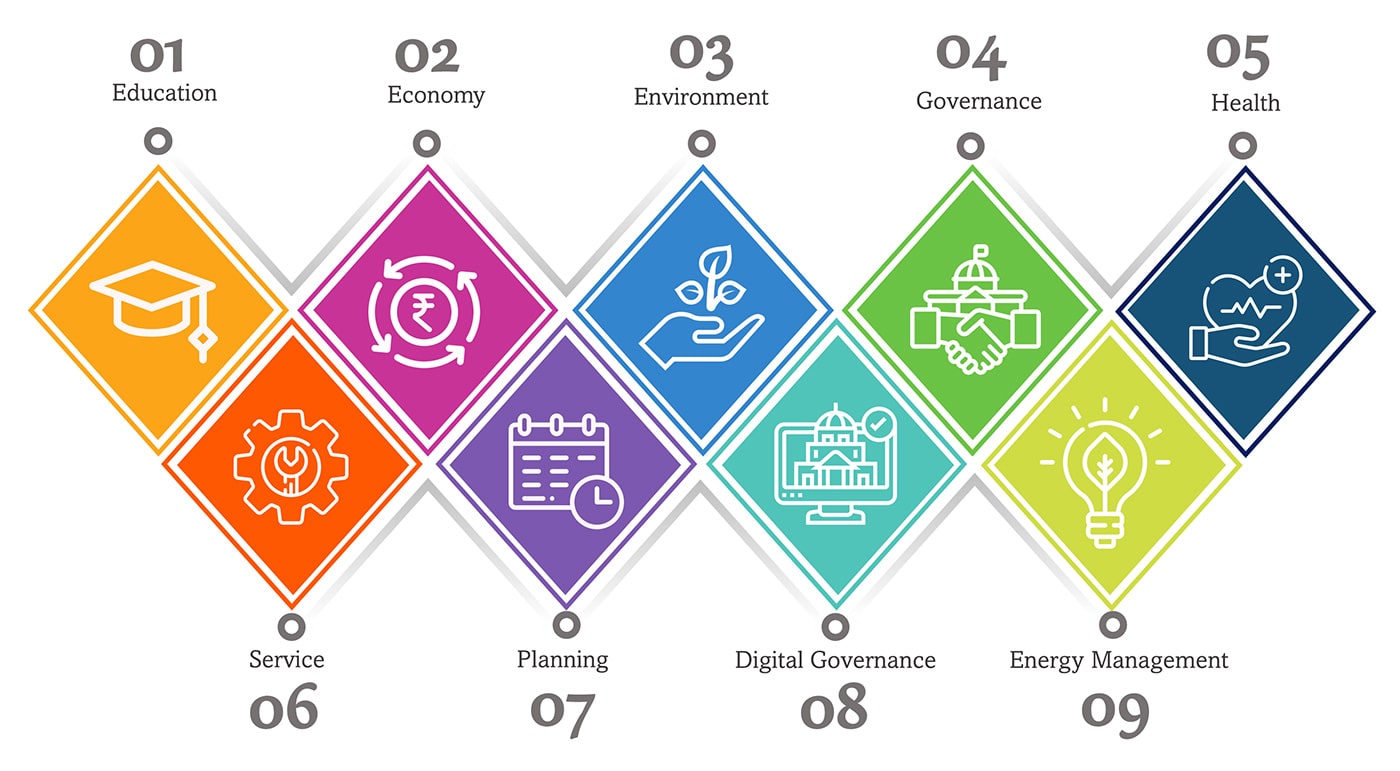 The SDG dashboard for Coimbatore captures the performance of the city based on the indicators in the city framework. The data for the dashboard has been gathered and validated from the relevant departments in CCMC and national MIS portals. The dashboard is designed to serve as an open data portal for the city. Further, the dashboard is connected to a data warehouse which will be continuously updated from future iterations of the above indices.